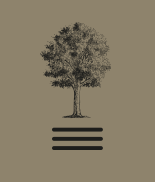 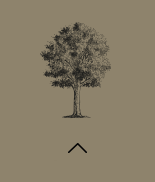 Vineyard and soil type: 23 hectares on small gravel and pebble soils of the Isle river terrace, clayey-gravel and sandy soils over clay or gravel sub-soils.

Distribution : through wine merchants of the Place de Bordeaux.

The growing season began in difficult conditions at the beginning of May with a wet spring that brought considerable attacks of mildew. The consequences (very localised on just a few plots) were less serious than we had feared, and the situation was luckily soon under control. There was, however, no risk of Botrytis this year, guaranteeing the crop’s good health right up to the harvest.

Following heavy flower shatter in recent years, the 2015 blossoming was quick and even, the weather conditions being excellent.

The summer was beautiful with extremely hot and dry months of June and July, auguring well for the potential of the pip tannins. It was a little too dry in some areas, however, and the first signs of hydric stress were beginning to show. Fortunately, a welcome rainstorm at the end of July allowed a rehydration until the cooler, wetter month of August when the vines could find their balance.

September was very sunny during day-time and cool at night, a beneficial combination for a regular ripening of the grapes and the preservation of a good acidity level : ideal for the balance of the wine. Rainy spells of varying proportions punctuated the month of September over the Gironde area.  A storm passed over the vineyard of Château La Pointe on 14th September but there was no damage. The dry summer meant the grapes had formed thick skins that could resist the rain, allowing the vine the time to wait and ripen gradually and perfectly.

The harvest began for the youngest vines on 24th September, followed by the plots for the second wine. From 1st October, the Merlots reserved for the first wine were picked and then the Cabernet Francs on 8th and 12th October. There was no rainfall to disturb the picking and each plot was harvested serenely at the optimum moment.

The colour is deep and opaque, the disk a brilliant purple. The nose first offers aromas of black fruit, cherry, blackberry, wild blueberry. After swirling there are some floral notes of wallflower and violet.
In the mouth, the attack is remarkably well structured with smooth, velvety tannins, then the mid-palate is denser, bringing tension and a flavoursome character. There is real harmony in the appetising, fresh finish.
The crisp, refined tannins, the persistent fruity notes and the natural elegance of the balance all come together to make this vintage 2015 a magnificent expression of our great Pomerol terroirs.

To drink or to keep?
The 2015 vintage is an exceptional one.
To be enjoyed 6 years from now and up to 20 years old or more.
The aromatic freshness, balance and suppleness of this Merlot-dominant Pomerol will suit lovers of young wine. In its early years, it will offer floral notes along with a tasty, juicy touch of red and black berries and slightly spicy toasty flavours.
The ageing potential of this vintage will also suit connoisseurs who have the patience to wait for the Grands Crus de Bordeaux to develop wonderful aromas of truffle, forest floor, game, Russian leather or light tobacco.

To air, decant or just enjoy?
Airing : when the vintage is young (under 10 years old ) it is recommended to decant one hour before serving so that there is a good contact with air. This oxygenation allows the wine to ‘open up’, freeing the aromas and softening the tannins.
Decanting : when the vintage is old (over 10 years old ) a natural deposit may form in the bottom of the bottle. The wine lover often asks for the wine to be poured delicately into the decanter so as to leave the deposit in the bottle. Decanting a very old wine (over 20 years) can, however, be a mistake as a sudden contact with air may deteriorate a wine that has become fragile with age.
Just enjoying: another approach is to avoid the ritualization around tasting, you simply choose a vintage, open the bottle, pour delicately and take your time to enjoy. Allow the wine to tell you its own story as it evolves in the glass over the evening…